Skip to content
I’d never judge a book by its cover, but I would be remiss if I didn’t start this post by mentioning how absolutely gorgeous this cover is.  The colors.  The stag.  It’s simply stunning. 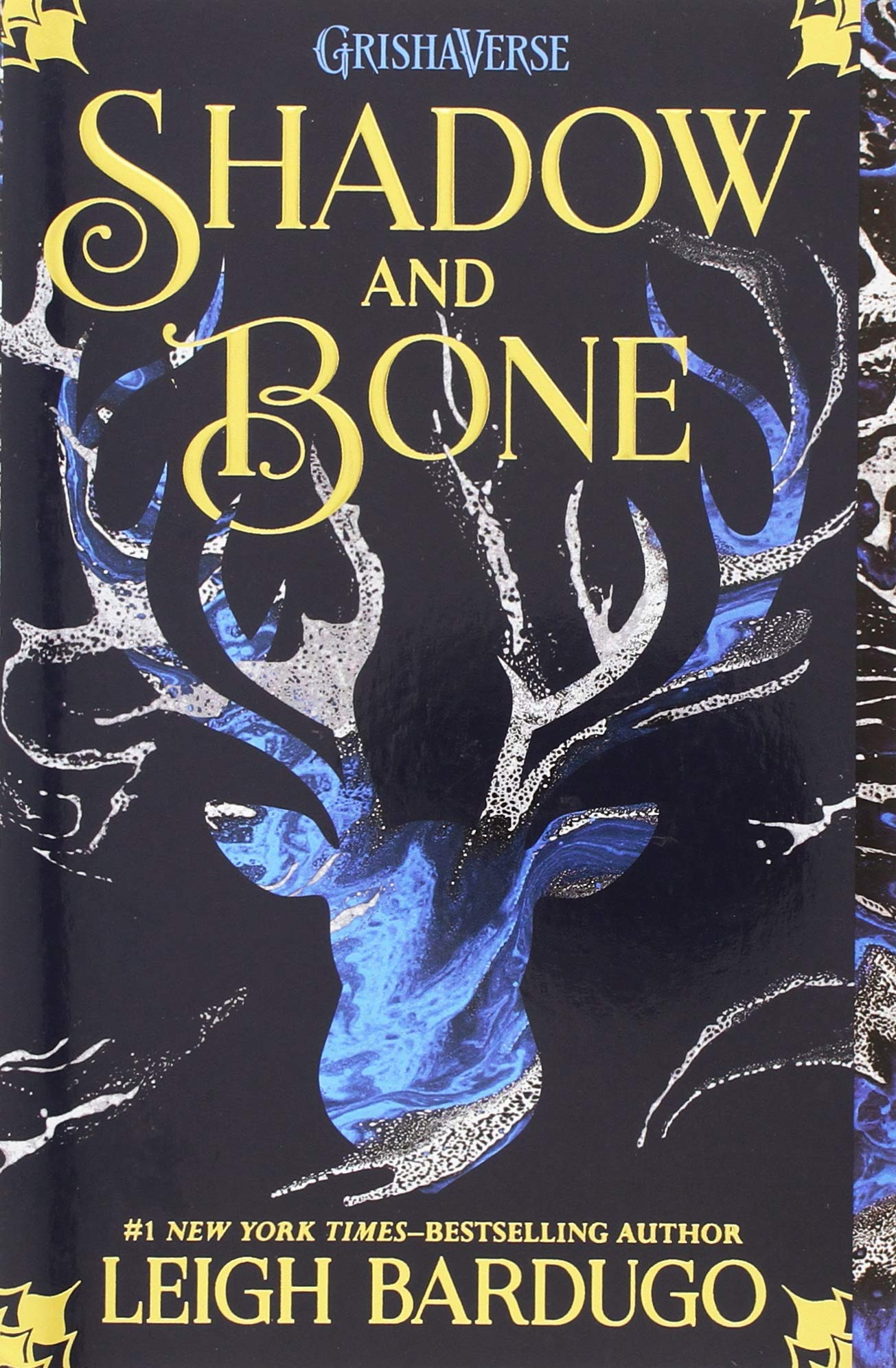 As for the book itself, SHADOW AND BONE is a delight, and a quick and easy read.  It’s the first book I’ve read by Leigh Bardugo and the first of the Shadow and Bone Trilogy, which is set in Grishaverse.  Bardugo uses this fantastical setting in the Six of Crows Duology and THE LANGUAGE OF THORNS.  One of my issues with fantasy is the world building element.  For me, it has to be done at a snappy pace with more and more details being fleshed out as the story progresses.  Bardugo did an okay job with pacing in this novel as she built a world and never lost the story in the process.  It does lag a bit in the middle, but that’s not world building so much as a slow burn of a plot, which I don’t mind.  I just hope the series doesn’t fall on its face like several other trilogies I’ve committed myself to over the past few years.  (I’m looking at you Divergent and Hunger Games.)
Alina is an orphan as is her closest friend, Malyen.  They grow up together.  They rely on each other.  They trust each other.  They save each other.  They love each other.  They are both surprised when they realize they are in love with each other.  (Because the reader couldn’t see that coming from a mile away.  Sigh.  Girls are so much more than the men in their lives.  Can we get more Genya?)
They grow up in a world where magic exists and is praised.  Children are tested early to determine if they have any magical skills.  Alina and Mal are tested at the orphanage, which is how the novel opens.  The novel promptly flashes forward and they are serving as soldiers in the King’s Army, having apparently no skillset in the Small Science.
Alina is a junior cartographer.  Mal is a phenomenal tracker.
“ ‘You’ve never been lost in your life,’ I scoffed.  I was the mapmaker, but Mal could find true north blindfolded and standing on his head.”
The novel is quick to action, with the soldiers crossing the Shadow Fold – a terrifying darkness with monsters swooping from the skies.  There is an attack.  Alina watches in horror as her friend and fellow cartographer, Alexei, is carried off by the winged beasts.  Mal comes to her rescue and is attacked.  In that moment, Alina’s life changes.  Fear pushes light out of her being.  Fear brings her magic to the surface.  And nothing will ever be the same.
Alina is Sun Summoner.  A rare talent the Darkling has been waiting for.  But why?  Does he want her for good or for evil?
The Darkling is the future.  He is magic and mystery and beauty.  He is riches and wealth and promises.  He will always want her.  Mal is her past.  He is safe and sure and sound.  He is love and faith and hope.  He will always find her.
But Alina… what does she want?  Is she a soldier? A follower?  A leader?  The Saint and Savior they hope she is?  Is she going to be who she wants to be?  Not what the Darkling wants or what Mal wants?  Can she stand on her own?
It’s not a poorly done YA fantasy, but it is very tropey and does play fast and loose with Russian culture.
But that cover… oh man, is she a beaut.